A Red Dress Wedding at Manor of Hurst | Zara {+} Robin

A Red Dress Wedding at Manor of Hurst

It’s probably not advisable in this day and age to be watching Game of Thrones and to then read your emails. In our case, when Zara advised us that she will have a red dress wedding at Manor of Hurst there were quite a few alarm bells as I quickly read it as a red wedding. Thankfully, she meant literally to wear a red dress at her wedding. Phew.

Zara contacted us a couple of years ago and stated that her wedding would be one with food, music and friends. She had already chosen Bradfield College Chapel as the place she and Robin would be getting married and Manor of Hurst would be where the reception would be. Bradfield College Chapel, in particular, would have special meaning to Zara since it was her old school chapel. She was also a chorister there, and that history would lend itself to performing alongside some of her chamber choir later in the day.

We actually started the day at Manor of Hurst. This is where amazing photographer and all round fun-person-to-hang-out-withJordanna Marston was on board to capture the stills alongside us. This is also where Zara made her red dress wedding a reality. In the words of Zara “I adore wearing red, it’s one of those colours that makes me feel powerful and special so it seemed like the obvious choice to wear on my wedding day”.

After the wedding ceremony we had a wonder tipi party where everyone was treated to further music from the chamber choir. Zara obviously partook in helping out here. Zara had a very strong opinion on what she wanted in her wedding film. Thankfully for us what she wanted was exactly the kind of style of storytelling we employ.

If there is a more awesome red dress wedding out there then I would be extremely surprised. 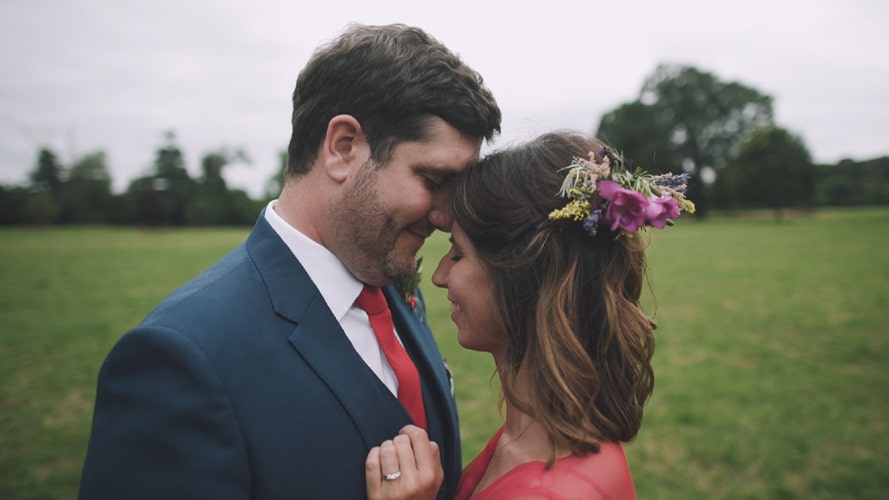 “It’s amazing and completely captures the joy and love of the day, plus you managed to make me look really eloquent.”