We have spent an extraordinary amount of time travelling across the world this year. One of our favourites was filming Prapti and David at their mixed Christian and Hindu New York Long Island wedding.
These two are a big part of the reason we love travelling so much.

Back in 2016 we received an email from Prapti and David which read:

“we have scoured the internet far & wide to find cinematographers (yes, even in the great city of New York) that have similar instinct for storytelling and we have come up short. We cannot forgot the incredibly touching films that you have produced, and were wondering if you may consider crossing the pond to film our wedding?”

Of course we said yes.

Fast forward to today and we were flying out to sample our first taste of a New York Long Island wedding. The day was split in two, with the Christian ceremony starting on the Saturday at the lovely Bailey Arboretum & Bailey House. Here we discovered Prapti’s love of Harry Potter in it’s full glory. Her look was carried to perfection by Sally Biondo of Natural Beauty Team who was also on hand on the second day. Behind the other lens was the lovely Adriana from HereNorth who captured both days so beautifully. It was such a relaxed and beautiful day. It was surprising to see such lush greenery – completely at odds with my film knowledge of New York being nothing but buildings.

The second day was the Hindu ceremony. This took place at the quaint Milleridge Inn where peacocks made their presence known with their calls throughout the day. In the evening everyone made their way indoors and the party was in full swing with the support of Aldo Ryan Entertainment to keep the crowd jumping.

If this is what to expect from every New York Long Island wedding, then sign me up for the next one! 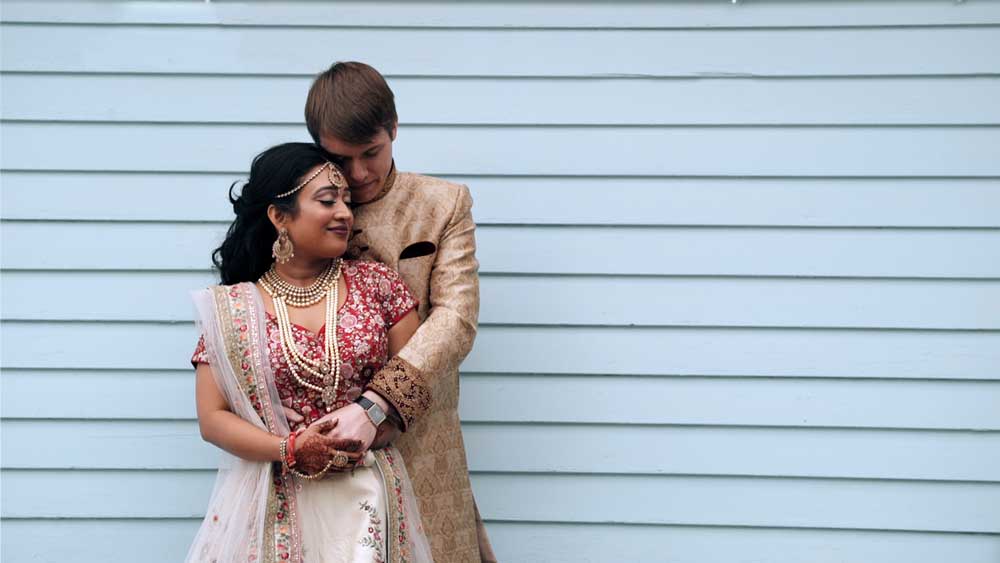 “We will definitely cherish this forever!”

“You beautiful people!! We ABSOLUTELY LOVE THIS AND I CRIED!!!! THANK YOU from the depths of our souls, forever.”