Story of the Day

When Naomi contacted us she described her wedding as a mix of two faiths. Faiths which were being incorporated into the two individual days. Curious to see how this would be accomplished, we were really looking forward to this wedding. Our main goal was just to see how we could do justice to their Hindu Christian wedding video. Also helpful that our good friend Sheraz Khwaja was on photographer duty. It goes without saying, the man is always a pleasure to film with.

It seems fair to say that we do seem to attract some pretty awesome weddings. So, as the wonderful wedding planner Royce Angelo provided details to what was planned, we knew we were in for a treat.

Day one kicked off by celebrating their Hindu wedding at Northbrook Park. The Tamil ceremony had some fabulous Bollywood style dancing for additional entertainment. It’s not something you normally see so it was a particular joy to behold. Day two was more of a relaxed occasion held at Froyle Park. The Christian ceremony was held in the morning in a beautifully decorated church. It stood out when Naomi was visibly moved during her vows. For us, it was such a great moment to capture

Every single inch of this wedding was planned to perfection. Which meant that both Naomi and Laksham looked stunning. Obviously they were smiling throughout both days. It was an absolute pleasure to be able to create this Hindu Christian wedding video for them. 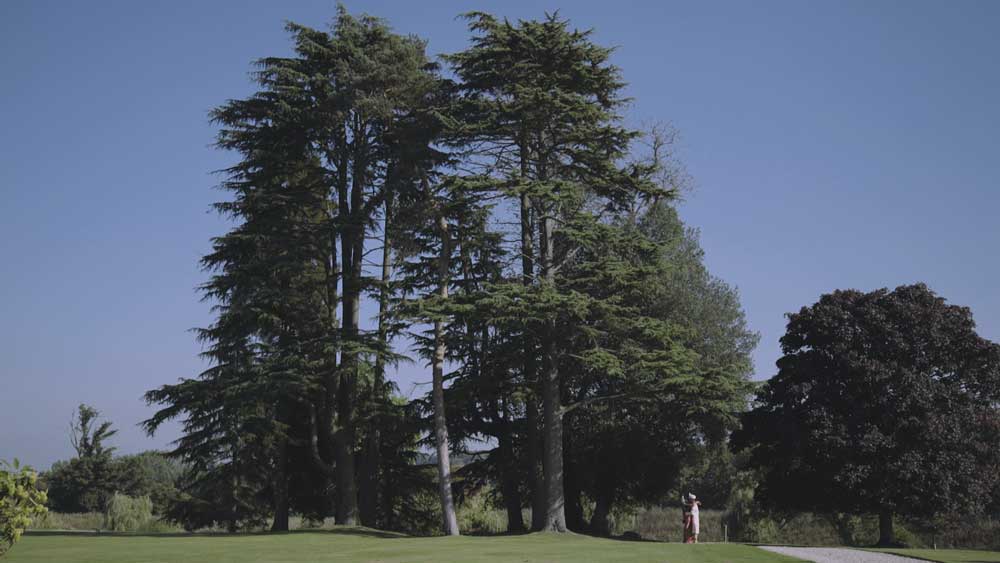 “Needless to say we have just been blown away by that video, Aaron. THANK YOU!!! All the wonderful memories just came flowing back. You have captured our precious moments so beautifully, and we love your artistic influence on the editing. Truly, THANK YOU! If I’m honest, I’ve just watched it back 5x :-)”