We seem to have a habit of filming down in Surrey. So it seems like fate that Kristina and Chris asked us to be their Gate Street Barn wedding videographer for their big day.

Story of the Day

On a scorchingly hot day down at Gate Street Barn in Surrey, Kristina and Chris were married. It was wonderful.

“I am a Hungarian-American and came to the UK 6 years ago to train for my career. After meeting Chris one year later, I’ve managed to find ways to stick around!”

When we spoke for the first time on Skype they mentioned that they started their relationship at the Natural History Museum (where they spoke about their fondness for Dinosaurs). From there, the prehistoric behemoths played a big part and so they obviously had to be involved in their wedding somehow. Which explains why you were able to spot lots of spray painted ones as part of their decor.  Jurassic Park theme music was also played on repeat. Obviously. We did try and persuade them to get the registrar to dress up in a T-Rex outfit to no avail.

However, the day arrived and these two were absolutely cute together. We were joined by David at Married to my Camera who was lovely to work alongside. He’s been a regular to the venue, so we knew we had to raise our game for our Gate Street Barn Surrey wedding videography.

The day went perfectly as the sun continued to shine. All the while Kristina and Chris constantly shared the excited faces of two people declaring their lives to one another. 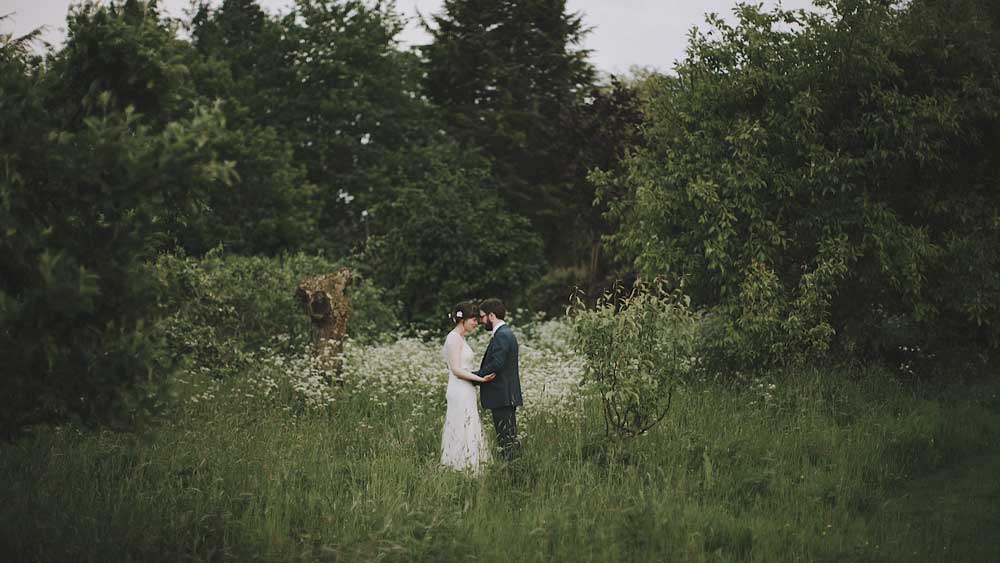 "We watch our wedding video nearly every month, and I am strongly considering divorcing my husband just to do it all over again and have these guys capture it."